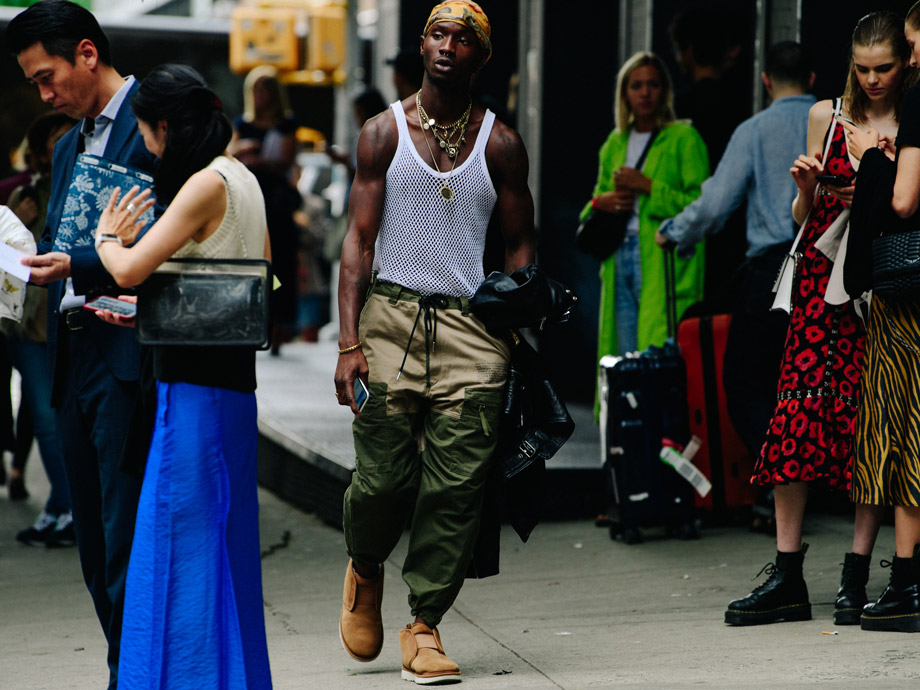 This year, something bizarre happened: cozy footwear became bona fide fashion. It started slow, with easy-to-wear slippers and boots showing up on the feet of menswear bloggers and style influencers, worn and styled as if they were hyped-up sneakers. Then higher-profile guys like Adonis Bosso and Offset threw some booming star power into the mix. Suddenly, it feels as if stylish guys around the world are mixing capital-F fashion with ultra-comfortable UGG footwear. The world of menswear officially has an unexpected new trend—and it’s one that looks pretty darn good. 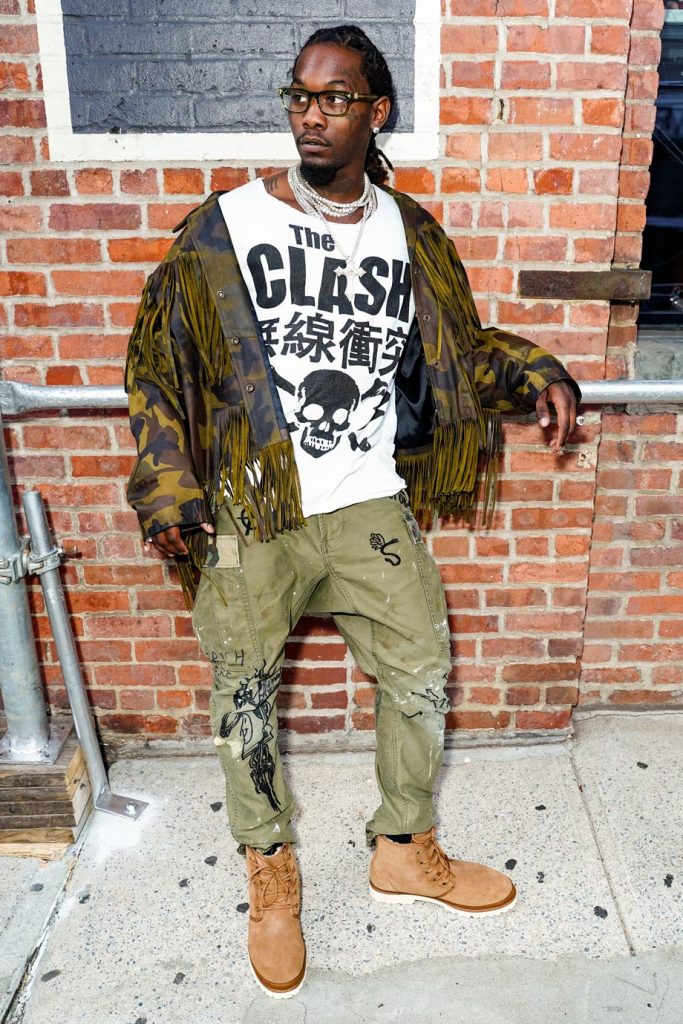 Offset in the Harkland Boot. Shot by Getty Images.

It’s not hard to see the appeal. The love for comfortable and timeless shoes feels right at home with how well-dressed men have embraced unassuming legacy and workwear brands in their daily wardrobes. For some time now, men’s footwear has been a bit of a wild ride, with ugly-on-purpose dad sneakers and eccentric loafers stealing the show. This very moment of cozy boots and slippers feels deliberate. Wearing UGG and other cozy footwear subverts what is expected, and does so in a way that is still supremely style-forward. 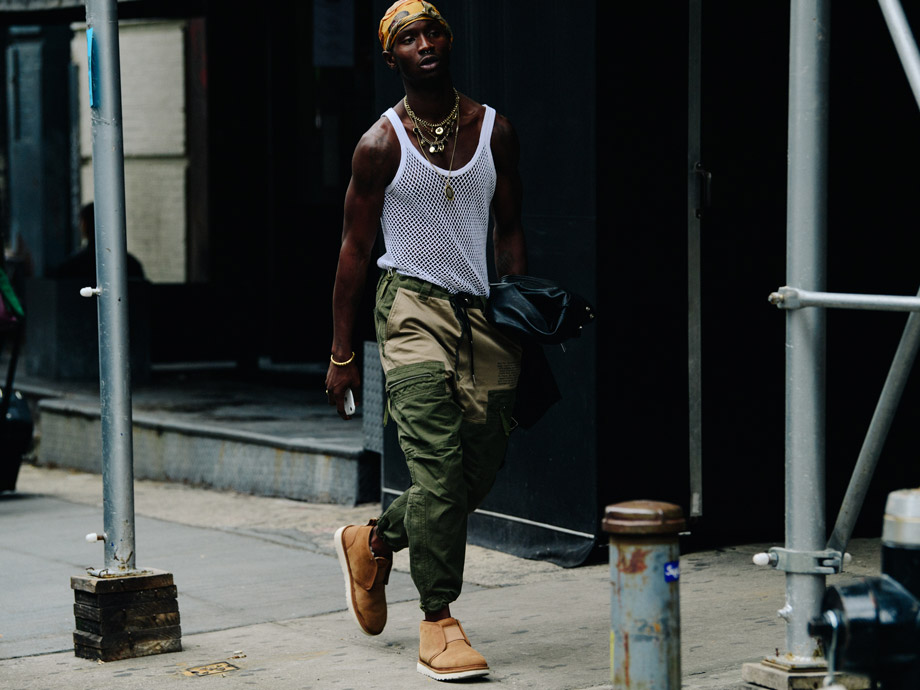 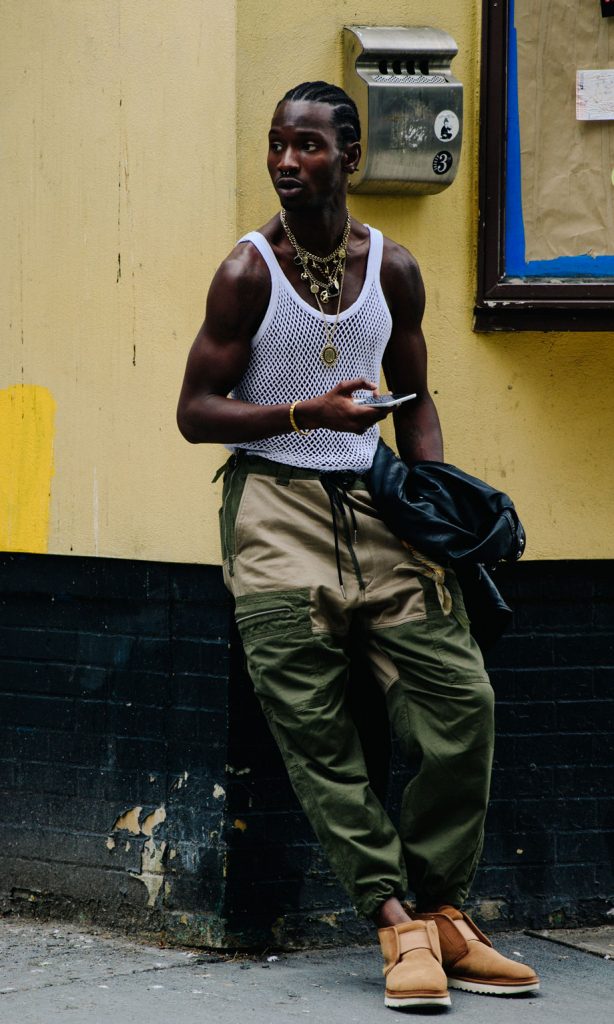 Take the Neumel Boot, for example. It’s both unconventional and effortlessly stylish. Wearing the boot with cropped trousers and the right statement overcoat, and it looks straight off the runway, like something you might expect from a luxury fashion house. But one can also pair it with track pants and fuzzy fleece for a vibe that skews more low-key. UGG has managed to create a boot that looks great with everything from classic staples to high-end menswear, which feels perfectly of-the-moment.

The Tasman Slipper, another breakaway hit from UGG, offers a similarly casual-cool vibe. Between the low-profile silhouette and plush details, the easy slip-on silhouette means you can wear the slipper with just about anything and still look your best. It features the same lightweight-yet-durable sole as UGG’s Classic boot, too. So, even though the slipper is soft and cozy, it’s still rugged enough to wear outside the house. Much like the Neumel Boot, it can be dressed up or down however you please, which makes it quite the versatile option to have in one’s closet. 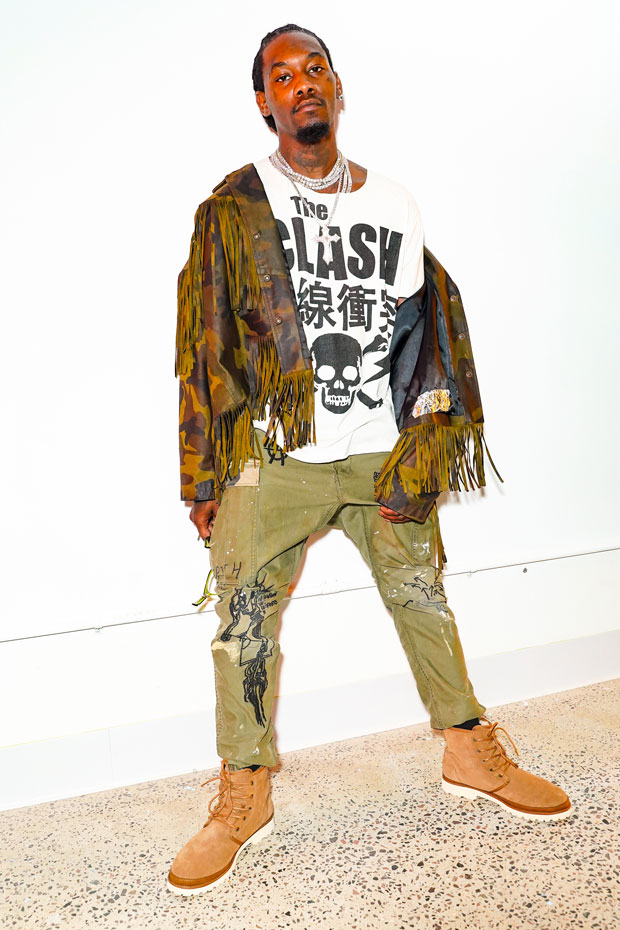 Offset in the Harkland Boot. Shot by Getty Images.

If the street style roundups of this past fashion week proved one thing, it’s that cozy footwear isn’t going anywhere. Whether it’s the easy-to-wear silhouettes or supreme comfort at play, the style has woven itself into the fabric of modern menswear. Well-dressed men are no longer shy about wearing fuzzy fleecy slippers out on city streets. Being cozy is now cool, and the idea of comfort-centric footwear is not quite as taboo. That means UGG will continue to show up on the feet of style-forward men everywhere in the upcoming seasons. It’s not too often that a fashion trend looks this good and is quite this cozy, so enjoy the ride.

Tyler Watamanuk is a New York-based writer, producer, and sometimes-photographer. He’s a contributing writer for GQ Magazine, and writes the “Sitting Pretty” column for Garage Magazine.