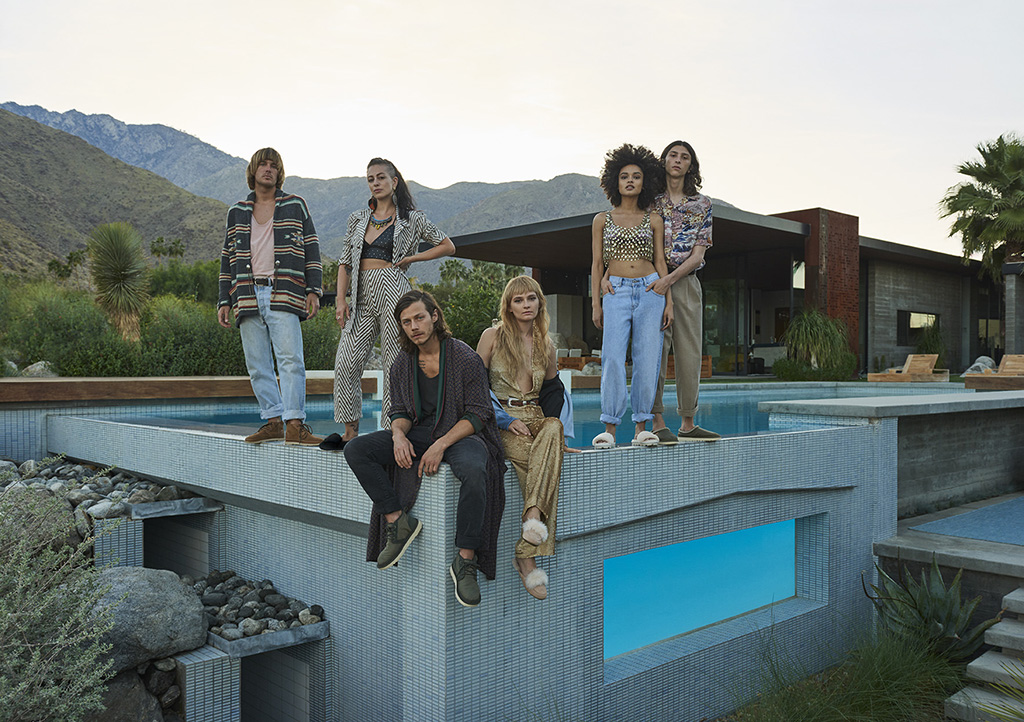 For over 40 years, UGG has been a champion of bold individualism. Entering a new season and year, we keep that value close to heart. A time for new life, spring holds infinite opportunities to reinvent the status quo. Through changing times, we congregate around great ideas, great people, and great stories. This season, we put all three on display, partnering with inspiring individuals who live life on their own terms.

Channeling the endless potential of the West, with its open roads, diverse landscapes, and self-made attitude, we proudly present the SS19 UGG Collective: a group of free-thinking creatives whose unflinching pursuit of passion mirrors our longstanding commitment to artistry, authenticity, and self-expression. Across disciplines and genres, their lifestyles represent everything UGG strives to be – bold, real, and uniquely Californian.

At age 15, singer-songwriter Clementine started her career in music, going on to found LA-based rock band Cherry Glazerr. Chaotic, rebellious, and – above all – original, her lyrics explore contemporary themes with a sharp sense of wit, using music as a vehicle for self-expression, critical inquiry, and social change.

Best known for his breakout role in the highly-acclaimed indie film American Honey, McCaul is a Baltimore native who moved westward to pursue his dreams. In little time, he went from sleeping in a car and waiting tables to starring in a Sundance hit, now set to play the lead role in director Matthew Porterfield’s Putty Hillopposite Jim Belushi.

THE MODEL & THE MUSICIAN.

LA-based model Mikaela enjoys singing, painting, eating ramen, and exploring the city with her musician boyfriend Shawkat. When she’s not with Shawkat, she’s dancing the night away in Hollywood with her friends. When Shawkat’s not with Mikaela, he’s navigating the local music scene of Southern California and working to create songs that invigorate people.

The daughter of two artists turned gallery owners, Jozie is a lifelong creative whose designs are intensely preoccupied with life in all its manifestations. A true multi-media artist, she incorporates her designs into tattoos, clothing, jewelry, and prints. As fixated upon internal experience as she is upon external form, Sourdiffe’s work explores life’s ups and downs, finding beauty in tragedy, and strength in vulnerability.

Born and bred in Southern California, Levi is a surfer who’s always lived a couple miles away from the ocean. With a refreshingly irreverent personality, Prairie has never taken himself too seriously, effortlessly stylish both in and out of the water. In his spare time, he shapes surfboards with his brother, plays guitar for his band Distractor, and travels the world.