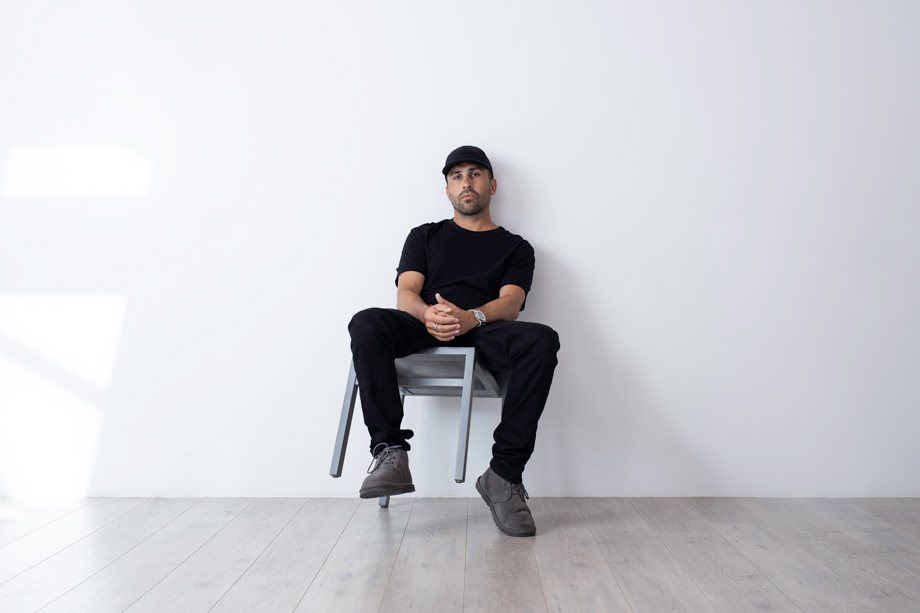 Designer Chris Stamp has built a world of sharp fashion that lands somewhere between new-wave streetwear and contemporary luxury, a space that seems to blur more with each passing year. Founded in 2011, Stampd makes the type of clothes that feel just as much at home in sun-drenched Los Angeles as in greyscale New York. It’s precisely that versatility which has earned the label a devoted following from all over the globe. Beyond the clothes, Chris has also earned a reputation as a bit of a design aesthete for his pixel-perfect Instagram and his label’s hyper-directed lookbooks. All of this is to say that Chris puts just as much effort into every facet of his brand; from the clothing to the styling to the art direction, no detail is overlooked.

UGG caught up with Chris to talk about his journey as a designer, his deep love of Southern California, and all the details that went into this upcoming collaboration.

When I got into high school, I was really into surfing; it was the only thing that I cared about at the time. I started doing some competing and got a couple of sponsors. With those sponsors, I became inclined to understand the clothing world. I would go to their offices and saw the culture that they had at the office, all the people that worked there, and the community that they were able to create on the daily. That was the beginning of me understanding that I wanted to go into fashion and work somewhere in the arts at that time. I was like, “Wow, if I can create and do something like this daily, I won’t feel like I’m working.” And that’s the ultimate goal: to find your passion and be able to work towards what you love every day.

You grew up in Southern California. What are some of your first memories of seeing UGG boots?

I first started seeing UGG around middle school. I remember it was a big thing to get something from UGG around the holidays. It was what we wore when going up to the mountains, or what you would put on first thing in the morning before checking the waves to go surf. As a kid (and I guess the same stands now), there’s nothing like sliding your foot into a new pair of UGG boots. 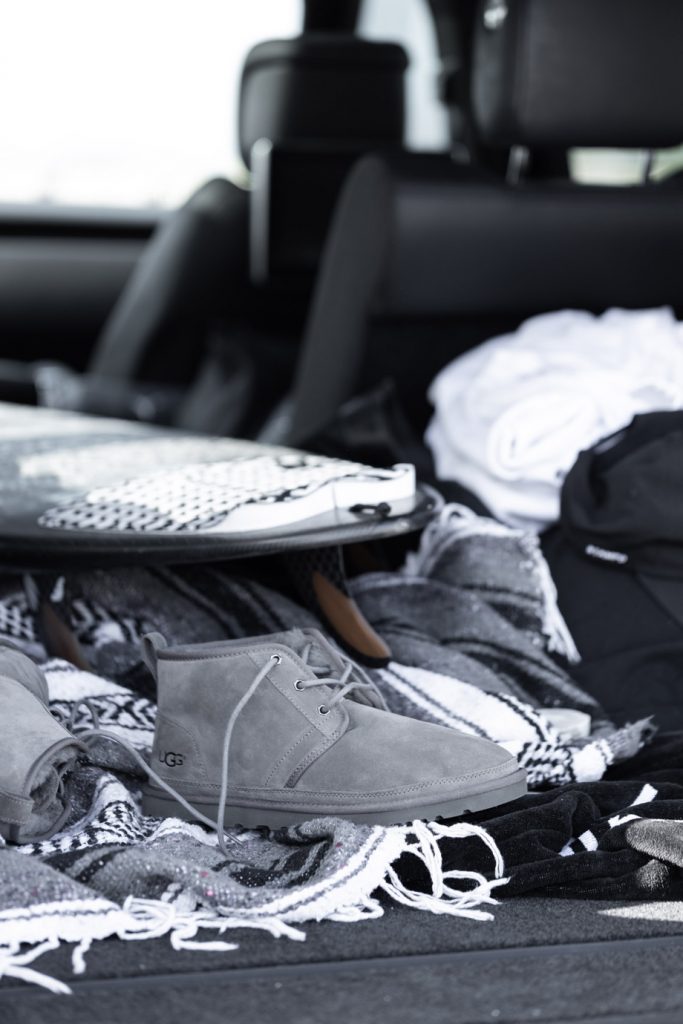 What does the California lifestyle mean to you?

I think the biggest thing that you get from Southern California is an energy. There’s something in the air here that’s special, and that you don’t necessarily find anywhere else. It plays into many things, whether it’s building a team, designing product, or building a community around what you do. I’ve been lucky enough to travel a lot doing what I do, but every time I come back to California, it’s like, “Wow. I’m happy to be home.” I think that’s the biggest takeaway in California that people are so drawn to—and I think that translates a lot into what we create.

How do you approach taking something like the UGG boot, and making it feel covetable and at-home within the more streetwear-focused world that Stampd lives in?

I guess for every project it’s a little bit different, but one of the main similarities would be starting with a color that we initially based our collection off of, which usually tends to be something desaturated. For footwear specifically, I think it’s more about the details. We start picking through what the core of the shoe stands for, and then from there looking at all the details and how we can elevate them.

How do you approach a project like this and make sure to stay true to yourself as a designer?

I take the evolution of where I’ve come from and where I plan to go with a grain of salt. I try not to put too much focus or force on what that means. If I allow the process to happen organically, the end art always seems to come out best.

Can you speak to the significance behind the paisley print?

Paisley has been an iconic print direction for us since I started making clothes. We’ve made a few iterations of it over the years, something that just resonates. For me, it’s like southern California culture, and goes back to when I was young; I would work swap meets with my dad on the weekends, and paisley-printed bananas and clothes were always something I was drawn to. 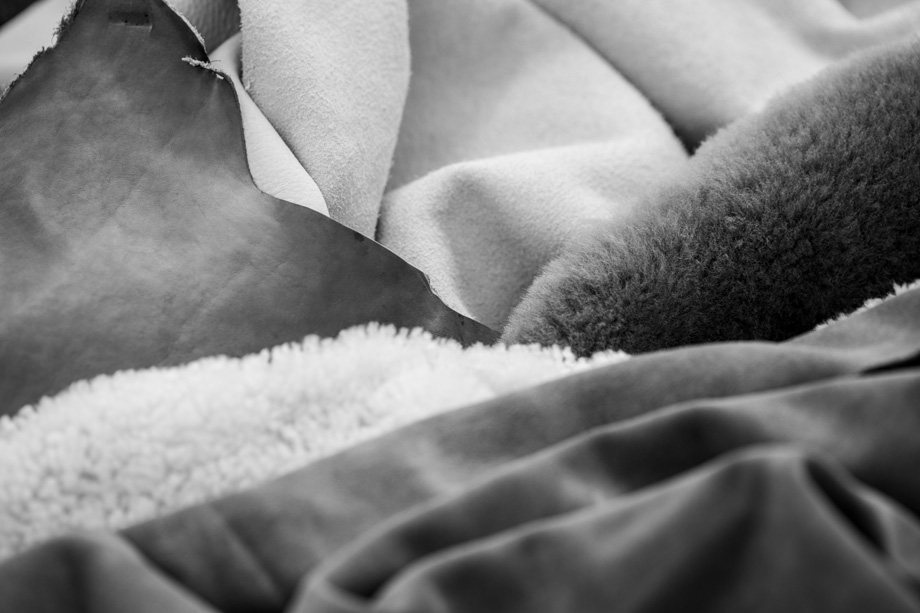 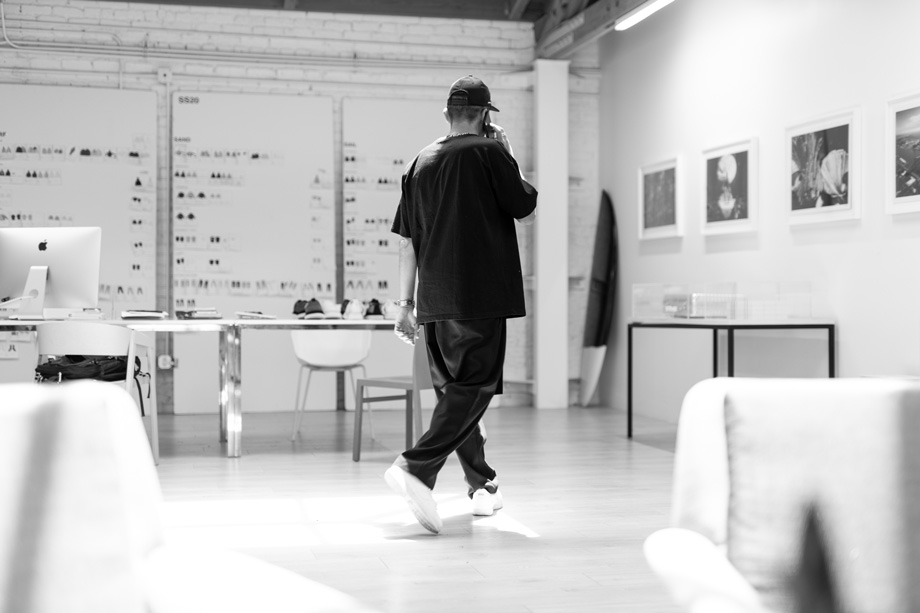 Both Stampd and UGG have a lot of common themes: high-quality materials, sharp attention to detail, and timeless style. How important are things like that to you as a designer?

Everything is in the details. For us especially with our primary focus menswear, I always like to think, “Will I like this in 10 years? Will I like this in 20 years?” I want to make sure that everything that we put out resonates with that older version of myself. I feel like if we’ve done that, then I know I’ve been able to create something timeless, and I think that’s one of the underlying values that goes into a project like this.

How does a collaboration like this fit into the larger picture of your own brand?

This project further helps us explain what we do on a sport level, and the surf level specifically. We didn’t start as an action sports company or have a direct correlation with any particular sport, but I came from that world and grew up in it. We’ve been more lifestyle-focused since inception, but there’s still underlying nuances and certain moments in my life that personally speak to our design ethos. It helps us better tell the most transparent version of what surf means to us. 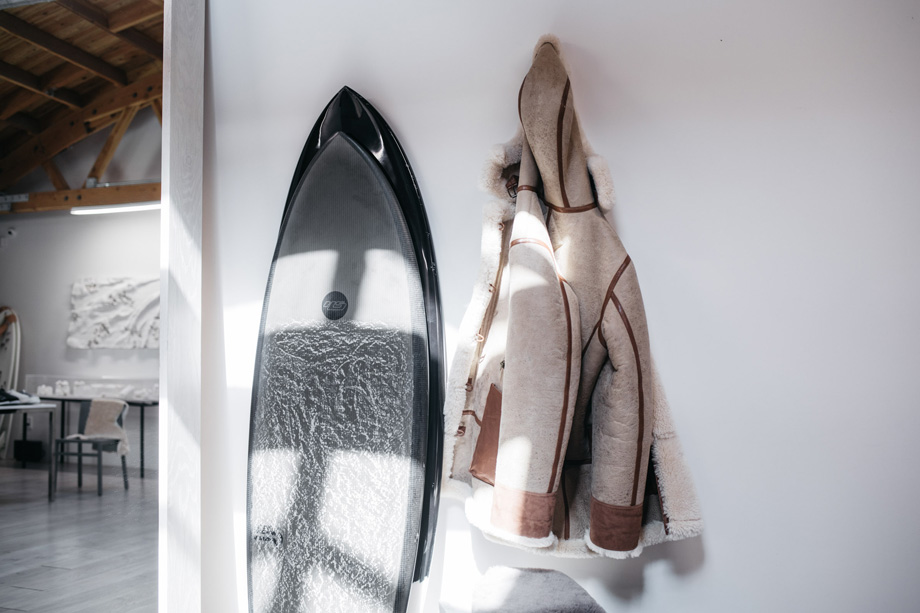 When you grow up wearing and/or being immersed in a brand and get the opportunity to work with them, there’s always excitement. You get to see two visions collide, and you’re able to constantly uncover similarities between your two brands that make the working process that much more seamless. Ultimately, we are able to tell that story through the product.

What type of legacy do you hope to create with Stampd?

I want to create a foundation and platform that inspires others to think differently. There is a certain perspective and taste we want to draw from – a Southern California upbringing mixed with art and a modern approach to thinking. I want Stampd to be a modern community where the art medium elevates young perspectives. We should be enhancing a level of consciousness shifting the norm, where you look at what’s created you think, “That looks like the future of what should be going on in this space.”

Tyler Watamanuk is a New York-based writer, producer, and sometimes-photographer. He’s a contributing writer for GQ Magazine, and writes the “Sitting Pretty” column for Garage Magazine.