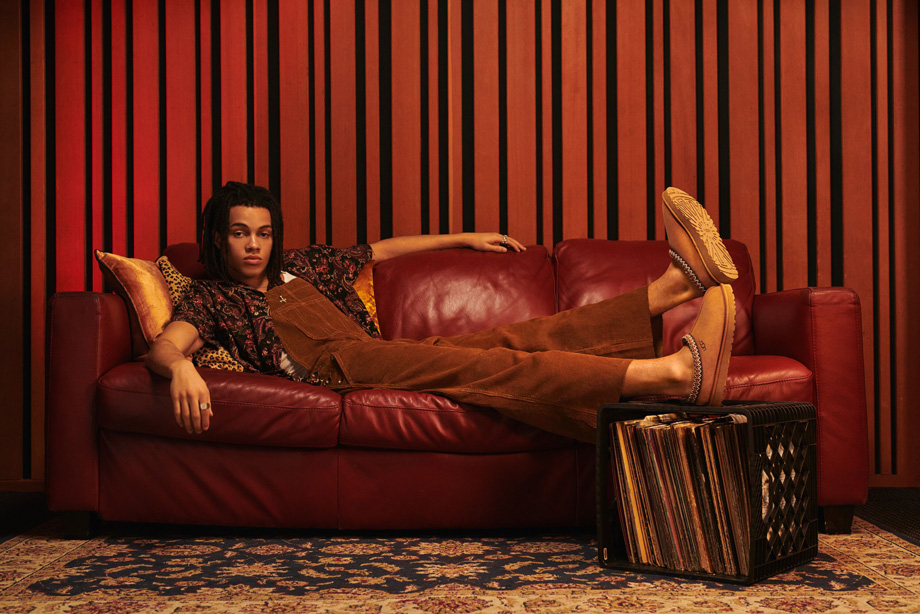 A Day In The Life Of Martin Myaka

Between Los Angeles and New York, Martin Myaka is a model, clothing designer, and international jetsetter. With three of his childhood friends from Cincinnati, he heads an eponymous brand formerly known as SPACE_BYLORD – each garment distressed, embroidered, and handcrafted by them.

Describe a day in the life of Martin Myaka.

A day in the life of Martin Myaka is cool. Every day is different. I try to wake up before 9am every day – it changes the course of my day drastically. I usually spend the morning making phone calls and handling all my personal things. Then I’ll get some food in my system and spend the rest of the day working on some sort of design. Sometimes I’ll be locked in all night. Sometimes I’ll call it a day by like 7 or 8pm and hang out with some friends. But I would say that’s a pretty standard day for me.

You split your time between Los Angeles and New York. Share some of your favorite spots in both cities.

I have a lot of love for both cities. New York is where everything started for me. I feel like, since the second I got there, I’ve been on go. It’s cool though – I love that about it. I spent most of my first year in SoHo going into every designer store and acting like I was going to buy something just so I could try stuff on and take pictures of how it fit on me. I never really paid that much attention to what went into making those kinds of clothes. So yeah, I got a lot of inspiration from doing that, but more recently I stayed in East Village so I was in LES a lot. There’s a lot there – you just gotta find it. Bobwhite Counter has the best chicken in New York, no cap. As for LA, I’ve been here so many times in the last couple years, but it still feels pretty new to me. I don’t think I’ve really found my spots yet – it’s really spread out – but I typically stay in Sherman Oaks. I like it because it’s quiet and away from the madness, and I can really work on my stuff without distractions. For the most part, the weather in LA is fire, so it’s good for my mental health, I think. Even when I’m here for work, it still feels like a vacation – so between the two places, it’s a good contrast. 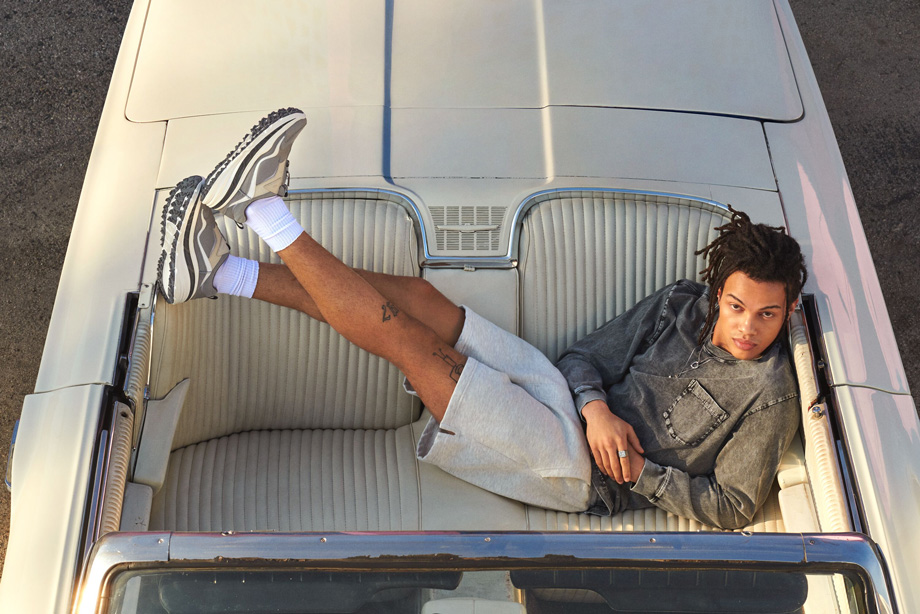 When you aren’t modeling or traveling, you head a brand named after you with three of your friends. Tell us about it.

Modeling is cool and I’m glad I get to do it, but designing is my main focus. There’s so much that goes into design – more specifically, clothing design, but I love learning about it and working through the process. I made a pair of Air Force 1’s last year and that’s pretty much what started everything. The plan was to make up to 40 pairs on a pre-order basis, but I think we ended up doing closer to 50. There were so many hiccups finishing them, but luckily I had my friends back home to help me get them done – Trevor Ealy, Brett Ealy, and Sam Jordan-Keller get all the credit for that. In the midst of all that, I decided I wanted to do a pop-up in my hometown at one of my favorite stores, Corporate Got Em. We managed to pull that off and ship all of the shoes out shortly after. The energy in my friends’ apartment while we were working on everything was insane. One of my favorite experiences ever. I took a step back to work on some things and then in November decided to drop some Dickies pants I hand-embroidered. That drop did a lot better than I expected, and I ended up having to do way more than I was ready for. It took me like 3-4 hours per pair. It was crazy, but now I’ve just recently dropped them again in different colors with some improvements and a matching jacket. These were kind of like my feelers to see what type of traction I had. Now I’m working on a cut-and-sew capsule for this summer and a full collection for January. That’s the plan at least – we’ll see how it plays out with coronavirus and everything going on right now. 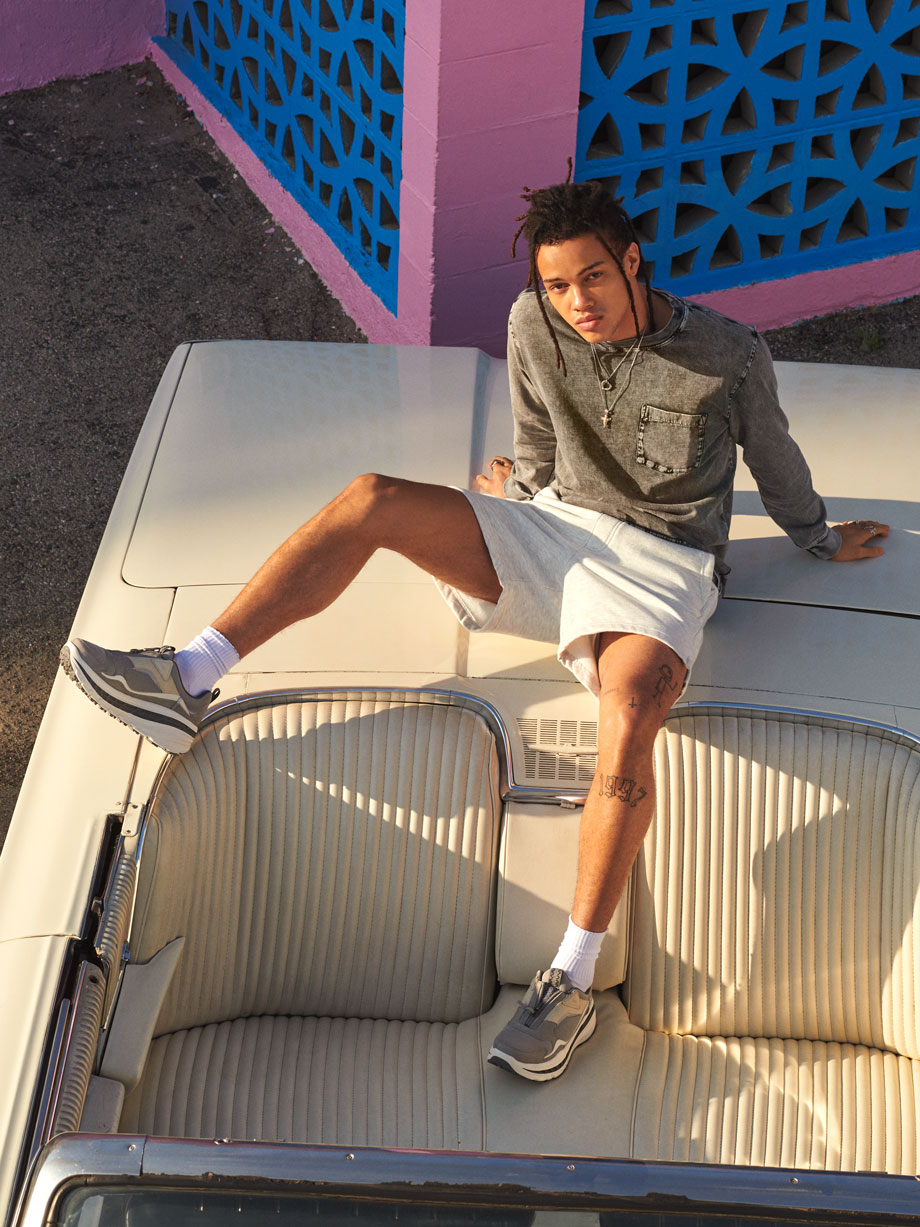 What does your style say about you?

I would say my style is pretty relaxed. It’s different every day, but it works for me. I wear whatever I want, whenever I want. I buy most of my pieces on Grailed because I’m pretty particular about the stuff I spend my money on. Right now, I’m wearing a lot of earthy tones – mostly browns. I like my style because it’s natural to me. I don’t really think, I just do, and it represents my mood pretty accurately every time.

My favorite shoe right now is the UGG x Heron Preston’s you guys hooked me up with. I have worn those religiously since I got them – no matter the weather. I really love the UGG x BAPE’s too. I’m excited to see what I get my hands on this summer. I’ve been looking to get the Tasman Slipper for my new apartment (which I haven’t gotten yet lol). I like the Dune Slide too, so maybe I’ll just get both.

Describe the feeling of UGG in three words.

Any plans this summer?

My plans depend on how this virus plays out. My girl lives in London, so I plan on going out there, and I think we’re going to be doing some traveling – Ibiza, Portugal, Bali, and maybe a couple other places. I want to get an apartment here in LA and be able to open up a studio space. That’ll be cool. Other than that, I’ve really been working on getting into acting, and I’d love to be able to get that part of my career going. I’m pretty optimistic about everything.